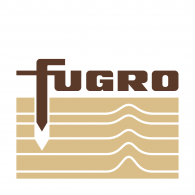 In Groningen, a proton facility is currently being built. Here, cancer patients will receive precision radiation therapy from the end of 2017: only the tumour is irradiated, while the surrounding healthy tissue is spared. During the treatment, which takes place in a gantry, radiation is released. This radiation may not leave the building. Walls, floors and roofs are therefore made of two to four-and-a-half metre-thick concrete. The volume of 16,000 m3 requires no less than 11,000 m3 of concrete. A special concrete mixture was chosen with a low heat development in hardening, in order to limit the risk of cracks. The shrink reinforcement applied was also optimised. A further interesting fact is that for some years, Groningen has been prone to earthquakes induced by gas exploration there. For this reason, the building has had to be made earthquake-proof.